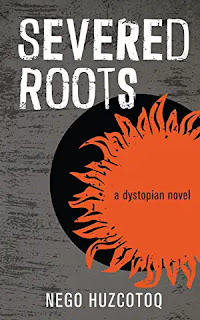 The main character in Nego Huzcotoq's novel Severed Roots is an awkward young man named Nick. He tries to do the right thing. For example, while Nick is standing in line to go into a store, he sees a friend looking sad on a nearby bench. He leaves the queue to comfort her, though he doesn't know what to say.

When a stranger on a bus asks to borrow Nick's umbrella, he lends it though it means Nick himself will get soaked in the rain.

When the government says all males must wear pink slippers on a particular holiday, Nick buys the slippers and wears them. He aims to be a law-abiding Canadian citizen though he has doubts about the direction the government is taking the country.

In Huzcotoq's novel, which takes place in a contemporary alternative reality, governments are swayed by a global grassroots movement aimed at achieving world peace. The Movement believes it can achieve this by eliminating families from society. According to the government and its supporters:

"Loyalty based on blood (is) the longest-standing blemish on human history."

"Parenting has ruined every generation since the dawn of history."

"Since the beginning of history, siblings have been antagonistic toward each other. Cain killed his brother, Abel. Jacob hated his brother, Esau. Joseph's brothers wanted to kill him and threw him into a pit. What do you think God has been trying to tell us?"

The Movement targets men as the root cause of many of the world's problems. The nature of mankeys (as the Movement calls them) is to control and abuse women and children. The best thing a mankey can do, his highest calling, is to become a woman. Government subsidies are offered for mankeys who choose to undergo the necessary "no-pain surgery" and lifelong hormone replacement therapy.

Transitioning may be a good option for Nick. If he were a woman, he would gain respect, dignity, and opportunities not open to mankeys. He could get a good job instead of living mostly on handouts, as many mankeys are forced to do. Changing his gender might also positively affect his eternal destiny.

When Nick drops into a church and tries to pray, he meets an old man who tells him, "Unfortunately, men are damned even if they are believers. Women can surrender to God but we men can't. Not fully, at least. It's not in our nature to be submissive."

Nick isn't sure about this. He isn't very sure about anything. But he's a truth seeker. He longs to know "the difference between what is true and real and what is illusion." His quest takes him on an adventure-filled journey from a Mankey Bar, to Parliament Hill in Ottawa, to a low-level job in the Ministry of Tomorrow, to an Iowa prison and beyond.

In this novel, there are no easy answers. It's a thought-provoking book. That's what makes it so well worth reading. It's also entertaining. Characters, even minor ones, are engaging and memorable. Their motivations are believable. The plot moves well. Cause-and-effect relationships are clear, sometimes frighteningly so. At the heart of it all is Nick trying to do the right thing, one clumsy foot ahead of the other.

The Kindle edition of Severed Roots is available for pre-order on Amazon.

If ordering from Canada, go to https://tinyurl.com/43xcpesh

If ordering from the USA, go to https://tinyurl.com/yud37x2k

Posted by Elma Schemenauer at 3:35 PM No comments: 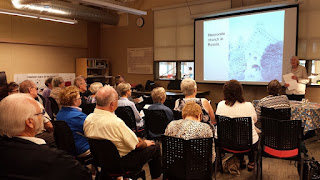 Every author finds his/her own ways of promoting a book depending on personality, location, time available, etc. Following are some ways I promote mine. Maybe something in the list will give you ideas.

1] Invite people to write reviews of it. Encourage them to post their reviews online, submit them to periodicals for possible publication, etc.

2] Write a press release and send it to TV, radio, periodical, and other media people. Some may share the information in a minor or major way, or even interview me about it.

4] Tell people about it online through sites including:

5] Promote the book through the various writers' organizations I belong to.

6] Write articles relating to the book and send them to periodicals for possible publication.

7] Give public talks about topics relating to the book. Bring copies of the book for sale.

8] Sell copies of the book at craft markets and farmers' markets.

Posted by Elma Schemenauer at 7:45 AM 2 comments: 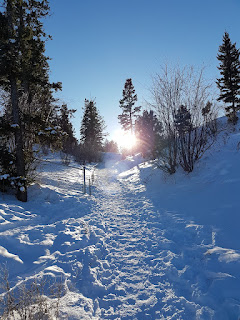 Here's a newish monthly bulletin that may interest you if you write poetry. https://poetrybulletin.substack.com/about

Good thoughts here on establishing and conveying setting in our writing. https://tinyurl.com/3jrj83rx

We don't make any of these mistakes in our writing, do we? https://tinyurl.com/2zuk5b5y

Posted by Elma Schemenauer at 9:59 AM No comments:

These are from Eleanor Hancock. Thanks, Eleanor! 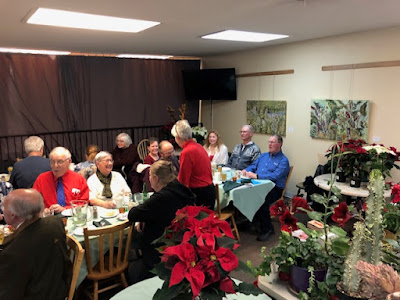 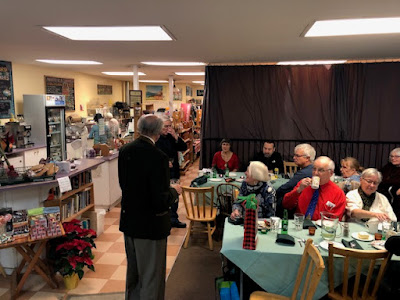 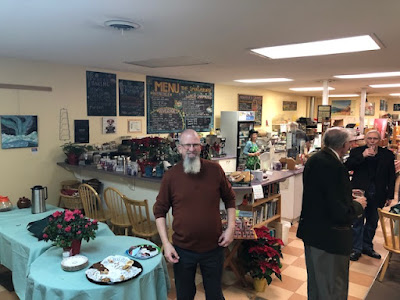 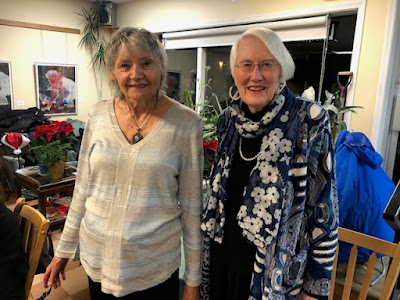 Posted by Elma Schemenauer at 3:30 PM No comments:

About 20 members of the Interior Authors Group enjoyed a Christmas social including turkey dinner at The Smorgasbord in Kamloops Dec 14, 2022. Here are just a few pictures. 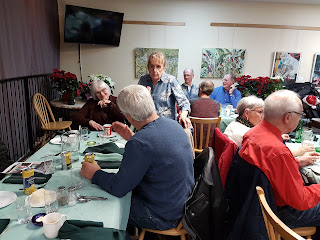 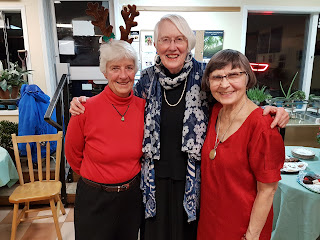 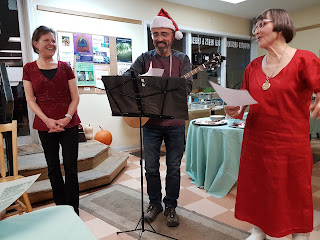 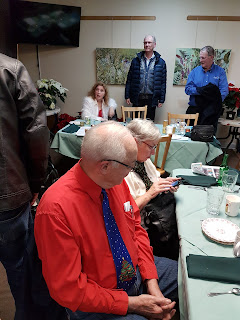 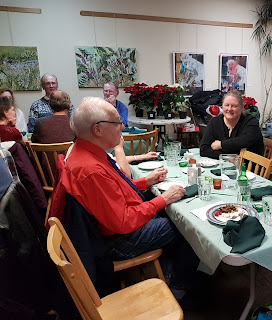 Posted by Elma Schemenauer at 5:01 PM No comments:

Our MC Magnus Balle making another announcement. Some members of the musical group Ordinary People in background. Basia Balle in foreground. Photo by Karen Ramstedt.

Some members of the musical group Ordinary People with another of our hosts, Andy Balogh, in the centre. Photo by Karen Ramstedt.

Posted by Elma Schemenauer at 1:16 PM No comments: